I’ve been on a much needed time out from blogging. The last half dozen or so posts from me have been embarrassingly personal and critical, so I decided to take a hiatus while on vacation to tone down the bitterness. But my break didn’t keep me from following current anthropology news. Far from it, I’ve definately been reading up a lot, I even finished a book that I’ll be reviewing soon. 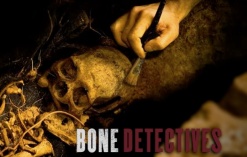 When I returned, I stumbled upon a new show on the Discovery Channel that should interest all your forensic anthropology slash archaeology buffs out there. The show is called Bone Detectives, and the premise is to portray how archaeologists and forensic anthropologists reconstruct the daily life of people recovered from archaeological sites. The host is Scotty Brian Moore, and his bio on the show’s site says he’s still wrapping up his dissertation from the University of Washington. He’s got a wealth of experiences and what not though.

The show airs on Monday’s at 10 p.m. starting January 14th, 2008 but there’s a sneak peak of episode 1 on Saturday, Dec 29th 2007, at 10 p.m. The sneak peak episode will cover the unearthing of Mayan warriors, priests and the elite. I wonder if they’ll ever cover what I call the archaeology of the plebeian? It ain’t glamorous as covering dead kings, but often it is more informative on understanding how normal people lived. We’ll see if they cover this aspect of archaeology. The listings of the schedule for the first four episodes doesn’t seem like they’ll be covering anything but royal and religious archaeology.