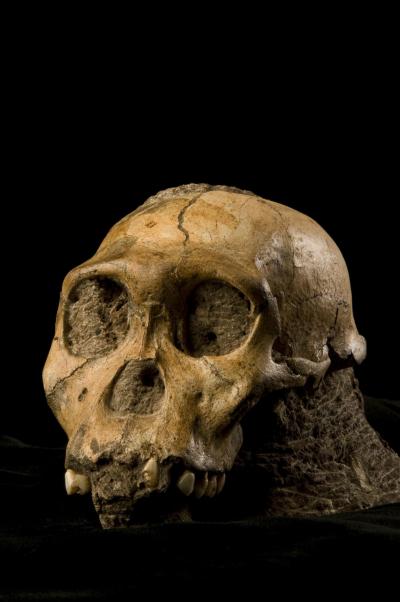 Lee Berger’s son, Matthew, found the ~1.9 million year old hominin remains of female adult and a juvenile male in cave deposits at Malapa, South Africa. The remains have been analyzed and been published in Science today, and so far this finding is the big fossil hominid of 2010. The skull of the juvenile is the cover image for this week’s issue of Science.

Today’s paleoanthropology new is what was eluded to by a commenter last month. I talked to some colleagues about what the commenter could have been referring to back then, and they told me Berger’s gonna be releasing his findings on UW88-50. I didn’t report on it then because of several reasons, one of which was time constraints but also because I really didn’t have much information on the fossils. There’s a lot more press out today about it and while, I don’t have much time to digest it all, I figured I’ll at least share it with you in case you’ve been living under a rock.

The remains have been given a new species classification, Australopithecus sediba and are probably descendants of Australopithecus africanus. Like every other new fossil hominin species, there’s an array of archaic and modern features. The small teeth, projecting nose, very advanced pelvis, along with the long legs are the more modern features. The archaic features are the long arms and small brain case. What is special about Australopithecus sediba is that the hominin fossil record is pretty sparse around 1.9 million years ago and this fossil helps fill that gap.