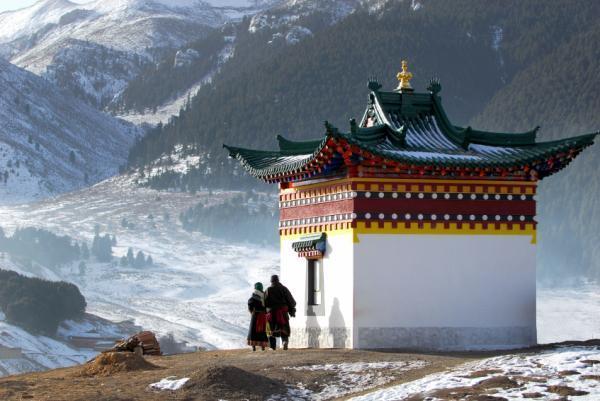 Almost every biological anthropology text-book I’ve ever looked at has described the adaptations of human populations to the environments they occupy. Examples they give are the short stalky Inuit adapted to conserving heat in cold environments, the long lanky East African nomads adapted to far distant travels, and the barrel chested Peruvian and Tibetans living in low oxygen environments.

Little discussion, beyond correlating ecology and physical observation, is given to these. Actually I lie, the physiology of the barrel chested high altitude occupants is given a couple of sentences as well as an elevated oxygen binding capacity without concentrating their blood.

A paper published in Science several days ago tackles this latter issue. A group of scientists looked for unique alleles among Tibet highlanders and discovered 10 unique oxygen-processing alleles. I don’t have full access to the publication, so can’t tell if these genes encode for completely different functioning proteins or are differentially regulated at high altitudes.

All I can derive is that these genes seem to prevent polycythemia, edematous swelling of the lungs and brain, and hypertension of the pulmonary vasculature, which are all complications of high altitude living.  Two of these genes are EGLN1 and PPARA. PPARA is a peroxisome proliferation proteins that also is a leukotriene antagonist. That is interesting because in obstructive conditions like asthama, leukotrienes induce vasospasm and bronchconstriction. EGLN1 is also has an interesting role,

“it is a protein encoded by this gene catalyzes the post-translational formation of 4-hydroxyproline in hypoxia-inducible factor (HIF) alpha proteins. HIF is a transcriptional complex that plays a central role in mammalian oxygen homeostasis.”

These two genes were significantly associated with the decreased hemoglobin phenotype that is unique to this highland population.