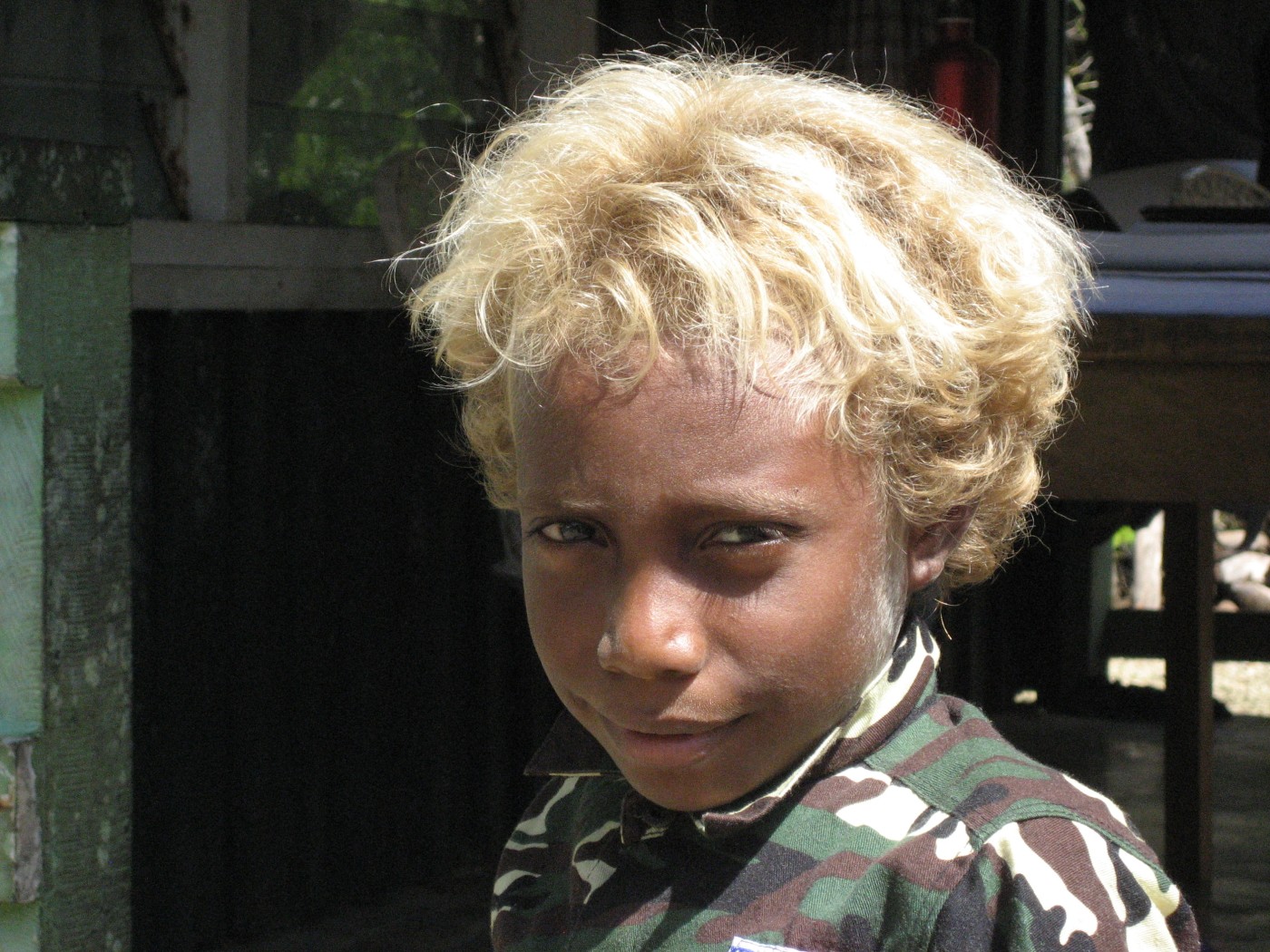 Yesterday evening I attended the American Museum of Natural History’s SciCafe with guest speaker Nina Jablonski. She gave a talk about the evolution of skin. If you are a follower of this blog, you would know the genetics of skin color is one of my favorite topics. It has been a while since I have kept up with the research, but I do remember most of the major alleles. Suffice to say, it was a pleasure to be back in the midst of it all.

The talk was engaging. Many people got a chance to ask questions. This was an outstanding feature of this format in this sort of venue. Most lectures I’ve been to leave such pressed time for questions that only 2-3 get fired away. That often leaves patrons at a loss. But SciCafe did it well, offering a good hour or so of discussion.

Nina’s talk is a good segway into some news that I came across today. As we know blond hair is a phenotype and carried by at least one a recessive allele in European populations. But many Oceanic peoples also have blonde hair, specifically those from Melanesia — distinct from Polynesia and Micronesia.

In a new Science paper, researchers identified a new missense mutation in TYRP1 in about half of the blondes in Micronesia which was not found in any of the 900 other individuals sampled from outside the South Pacific. This novel blond mutation in Solomon Islanders is thought to have popped up around 10,000 years ago. Furthermore, it appears to be the same one behind blondness in Fiji and other regions of the South Pacific.

Nina Jablonski eluded to the evolution of lighter phenotypes, like light skin occurring at least twice in the evolution of Homo sapiens and at least once in Homo neanderthalensis. But light skin need not be light hair, which is often a misconception. Research like this shows us that in dark-skinned people, one base pair mismatch leads to light hair.