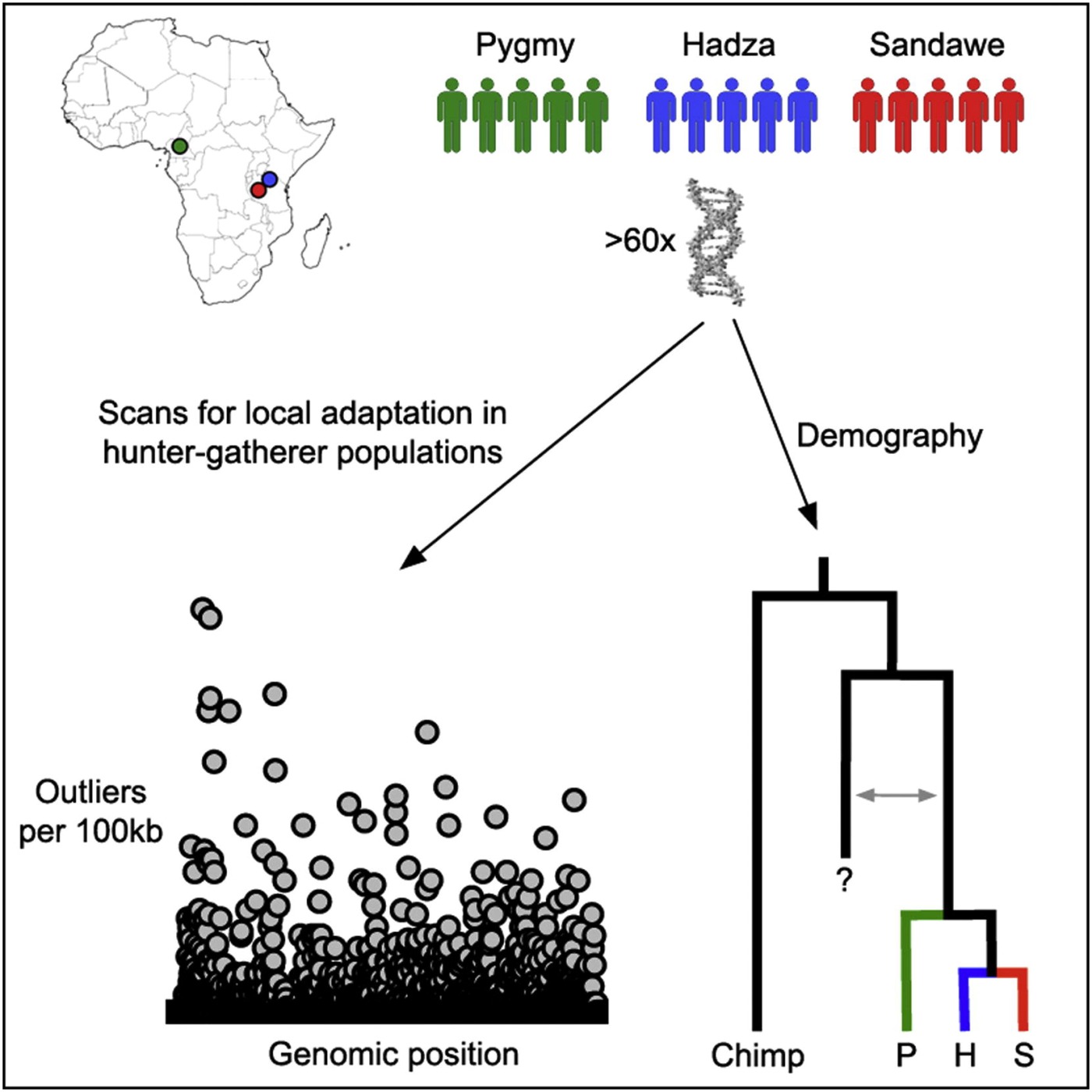 The most comprehensive look at the genome of Africans is published in the journal Cell today. The paper titled, “Evolutionary History and Adaptation from High-Coverage Whole-Genome Sequences of Diverse African Hunter-Gatherers,” focused on three hunter-gatherer populations; Pygmies from Cameroon and two groups from Tanzania, the Khoesan-speaking Hadza and Sandawe. The publication covered each of the genomes of five individuals from these groups over 60 times. The paper ultimately outlines some interesting findings, such as a new understanding on the extent of genetic diversity, and mysterious admixture.

We already have known that genetic diversity of people in Africa is greater than anywhere else on Earth. This knowledge plays into the concept of the the founder effect), where as we sample populations out of Africa, along the paths of migration of early Homo sapiens, we find that human populations tend to become more and more genetically similar the farther from the continent we go.

But just how diverse are some of the oldest living populations within Africa?

The authors discovered over 3.4 million genetic variants, or SNPs, of which a staggering 5-million of these variants are novel to us. Some of the loci give insight into adaptive changes in immunity, metabolism, olfactory and taste perception, reproduction, and wound healing. Interestingly, the Pygmy population, has multiple highly differentiated loci on genes on chromosome 3 which function in growth and anterior pituitary function and are associated with height.

Of particular interest is that some of these SNPs aren’t found in any modern-day populations. This leads to the question if they originated due to ancient interbreeding between H. sapiens and an as-yet unidentified species of hominid. Lead author, Joseph Lachance, remarked how outstanding this is. Co-author Joshua Akey supports with,

Fossils degrade fast in Africa so we don’t have a reference genome for this ancestral lineage… one of the things we’re thinking is it could have been a sibling species to Neanderthals.

In the paper, the authors outline the great lengths they’ve taken show that the genetic traces resemble neither human nor Neanderthal DNA, and additionally document that none of the sequences taken from outside of Africa show any evidence of the foreign SNPs. All of which, has sparked Richard Klein to state that this conclusion to be as “irresponsible” particularly because there is no fossil evidence to support this mysterious sibling species.