In the world of pathology, there are many terms to describe growth such as metaplasia, hypertrophy, neoplasia, hyperplasia and dysplasia. Dysplasia defines abnormal growth where cell differentiation is delayed. If a cell is committed to of one of the three germ lines, say ectodermal, a dysplastic cell of that lineage would then remain a ectodermal precursor and not differentiate into the nervous tissue or skin appendage it was programmed to become.

Bone is composed of two types of tissue, compact and trabecular. Compact bone is the dense, outside structure while trabecular or spongy bone is the fibrous layer that you often do not see. Fibrous dysplasia, therefore refers to the abnormal maturation of trabecular bone. Fibrous dysplasia is a benign, non-hereditary process. It was first described in the 1942 by Lichtenstein and Jaffe. The disease process may be localized to a single bone (monostotic) or multiple bones (polyostotic). Up to 80% of cases are monostotic.

Polyostotic fibrous dysplasia can occur as a part of McCune-Albright syndrome. McCune-Albright Syndrome often affects unilateral bones with ipsilateral café-au-lait spots on the skin, and endocrine disturbances such as precocious puberty. Fibrous dysplasia has also been reported in association with other endocrine dysfunctions such as hyperthyroidism, hyperparathyroidism, acromegaly, diabetes mellitus, and Cushing syndrome as well as an associated abnormality in Neurofibromatosis type II. Malignant transformation of fibrous dysplasia is very infrequent, with reported prevalences ranging from 0.4% to 4%.

We know that fibrous dysplasia is caused by a somatic mutation in the GNAS1 gene on chromosome 20q13.2-13.3. GNAS1 encodes the alpha subunit of the stimulatory G protein, Gsα. As a consequence of this mutation, there is a substitution of amino acid arginine in position 201 of the genomic DNA in the osteoblastic cells, by amino acid cysteine (R201C) or histidine (R201H). The abnormal G1 protein stimulates cAMP. Furthermore, proto-oncogene levels of C-fos and periostin are raised in fibrous dysplasia. Consequently, the osteoblasts expressing this mutation have a higher rate of DNA synthesis, leading to the formation of a disorganized fibrotic bone matrix with primitive bone formation, and lack of maturation to lamellar bone. 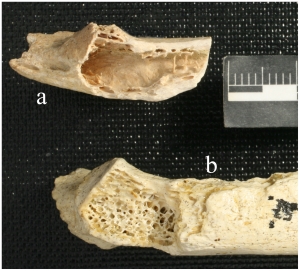 Figure 1. Krapina 120.71 in a caudal view (a).
The large lesion is located above the tubercular facet and extends laterally. The trabeculae have been destroyed and the cortex appears expansive. The thin cortical bone forming the superior surface of the cavern was broken away postmortem. (b) Krapina 120.6 shows the normal pattern of bony trabeculae in the medullary space. The surface irregularities are post-mortem.
doi:10.1371/journal.pone.0064539.g001

The specimen is Krapina 120.71, a 3 cm long, left rib fragment containing about 2/3rds of the neck, most of the tubercular facet and a small section of the shaft. It is thought to be rib 3-6. It was first unearthed between 1899 and 1905 in a cave known as the Krapina rock shelter in Croatia. This site held more than 900 Neandertal bones dating back 120,000 to 130,000 years ago. Many of the bones display signs of trauma, and a few show post-mortem cutting marks, perhaps indicating cannibalism or some sort of ritual reburial.

In the 1980s, University of Pennsylvania researchers X-rayed the entire collection. They published a book in 1999 showing each radiograph. Most of those X-rays were quite high-quality, but one exception was found in a little rib fragment which appeared “burned out.” That prompted the authors to return to the specimen. They adequately describe an osteolytic abnormality and offer differentials of chondroma, post-traumatic lesion and chronic osteomyelitis, but remain confident with their radiographic diagnosis of fibrous dysplasia via microCT scanning.

Bone lesions in the fossil and archaeological record are extremely rare for several reasons. Without adjacent soft tissue, it is hard to compare normal to abnormal. Furthermore, the decomposition process alters bone dramatically. Previously, the oldest known tumors came from Egyptian mummies and dated back only 4,000 years or so and a 1,600-year-old tumor containing teeth was found in the pelvis of an ancient Roman corpse. So to find a 120,000 year old Neandertal with a osteolytic lesion in the rib is significant.

What I find wrong with this publication is the spin; too often in our world of paleoanthropology do I see issue with people trying to put a particular bend to sell their otherwise interesting story as a sensational headliner. The press is running quotes from the senior author like,

“… indicates that Neanderthals were susceptible to the same types of tumors modern-day humans get, despite living in a remarkably different environment.

‘They didn’t have pesticides, but they probably were sleeping in caves with burning fires,’ says David Frayer, an anthropologist at the University of Kansas and the co-author…”

The problem with the above quotes stem from the conclusion,

“Finally, it is recognized that environmental changes wrought by humans, compounded by population expansion, have resulted in an increase the types and the intensification of the pollutants within the environment, many of which are directly associated with neoplastic disease and were not part of environments in the past [35]. Given these factors, most argue that cases of neoplastic bone disease are rare in prehistoric human populations [27]–[28]. It is against this background that the identification of a 120,000+ year old Neandertal with a primary osteolytic lesion is surprising and one that provides insights into the nature and history of the association of humans to neoplastic disease.”

Putting an emphasis that Neandertals lived in “cleaner” environments and still had susceptibility to the same types tumors is extremely short-sighted. There are most definitely some tumors with strong associations to environmental mutagens, such as tobacco consumption with mouth, throat and lung cancer or asbestos with mesotheliomas… To which I’d venture a hefty bet that Neandertals were not suffering from as much as modern humans are. So to use words like same types of tumors, or phrases like, “lived their lives basically the same way we did and basically with the same problems that we have,” is a stretch.

As explained earlier, fibrous dysplasia is caused a somatic mutation of the GNAS1 gene. Somatic mutations are acquired before birth, in utero, early in fetal development where DNA replication occurs at a rapid rate and errors can be made all throughout. The authors fundamentally neglect a discussion that most mutations are inherent problems in DNA replication, repair, tautomerism, depurination, deamination, and slipped strand mispairing.  A one-sided discussion that one benign bone lesion in one individual is indicative that prehistoric humans contracted the same cancers we do, despite environment, and had the same problems we have is incomplete.

Can we agree to just focus on the science and not extrapolate a faulted connection?

2 thoughts on “A 120,000 Year Old Neandertal from Krapina who had Fibrous Dysplasia”