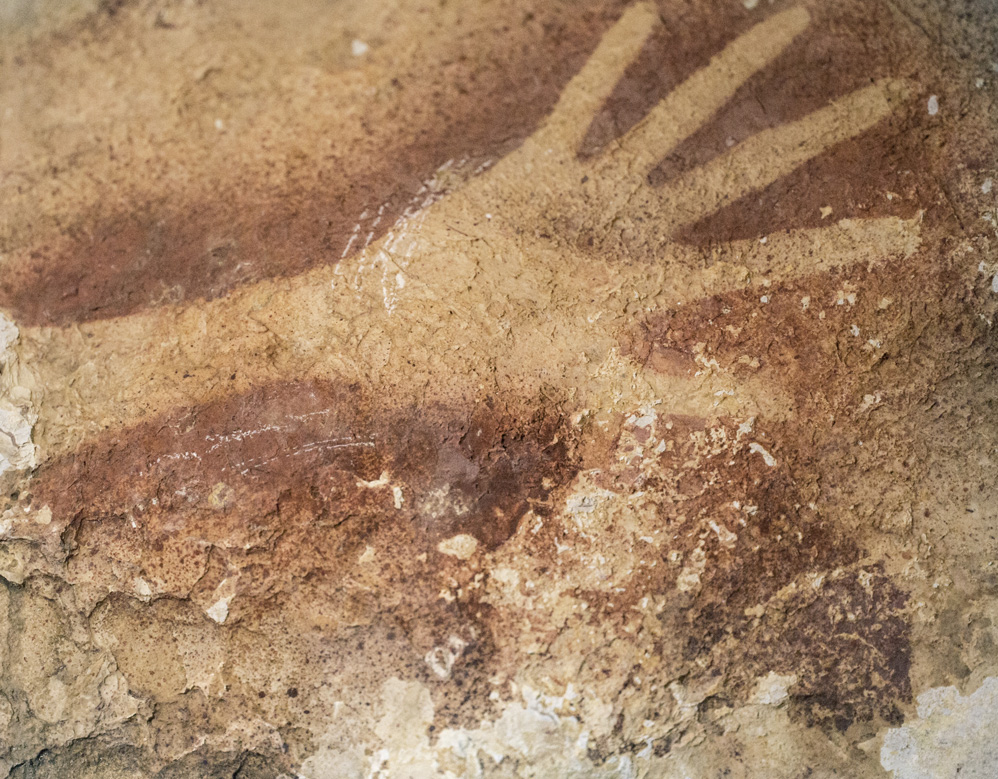 This hand stencil was discovered in one of the caves of the Maros region of the island, Sulawesi in the 1950s. A paper published in Nature now describes the dating of the sediment on top of the stencil, which makes it more than 39,000 years old and now the oldest painting in the world. Adjacent to this stencil a painting of a babirusa or pig-deer which is 35,400 years old, which makes it among the earliest figurative depictions.

The researchers of this study investigated the 10mm mineral layer covering the images. These minerals had trace amounts of radioactive uranium. The minimum age of the mineral coating the stencil is 39,000 years old making it thousands of years older. Spain’s El Castillo cave is at least 40,800 years old according to this same dating method, making it the oldest known cave art. El Castillo has a hand stencil there is 37,300 years old. The Sulawesi cave paintings rival these finds in age and appear to belong to a tradition that persisted there as recently as 17,000 years ago.

Art was emerging all over the world during the Pleistocene. We previously thought that the oldest known paintings and stencils were in Europe, which had given rise to the Eurocentric idea that perhaps art was born in that area, but this study shows that this concept is false,

We show that rock art traditions on this Indonesian island are at least compatible in age with the oldest European art. The earliest dated image from Maros, with a minimum age of 39.9 kyr, is now the oldest known hand stencil in the world. In addition, a painting of a babirusa (‘pig-deer’) made at least 35.4 kyr ago is among the earliest dated figurative depictions worldwide, if not the earliest one. Among the implications, it can now be demonstrated that humans were producing rock art by ~40 kyr ago at opposite ends of the Pleistocene Eurasian world.

One thought on “39,000 Year Old Cave Art from Sulawesi, Indonesia”