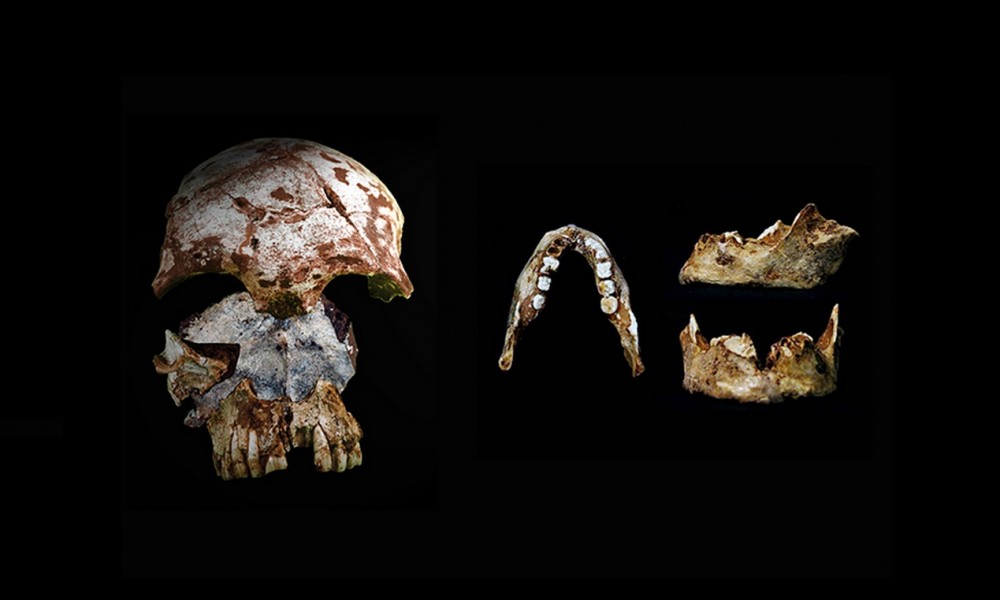 A human skull found in 2009 and a jaw discovered in late 2010 from cave site known as Tam Pa Ling, Laos is the oldest modern human fossil found in Southeast Asia. We knew this back in a 2012 PNAS paper. The discovery pushes back modern human migration to that region by about 20,000 years earlier than thought; some 46,000 to 63,000 years ago. But what is interesting is the mix of features, says Laura Shackelford,

In addition to being incredibly small in overall size, this jaw has a mixture of traits that combine typical modern human anatomy, such as the presence of a protruding chin, with traits that are more common of our archaic ancestors like Neandertals – for example, very thick bone to hold the molars in place.

Is this admixture or just variation? Read more about that discussion in PLoS One.