Modern humans carry up to 4% Neanderthal DNA but a new paper reveals that the Neanderthal Y chromosome is distinct from any found in humans today. One would expect that since this ancient legacy of genomic DNA is present in modern day people it would also be present in the Y chromosome. Carlos Bustamante, from Stanford University in California, says,

“We’ve never observed the Neanderthal Y chromosome DNA in any human sample ever tested. That doesn’t prove it’s totally extinct, but it likely is.”

One possibility is that the Neanderthal Y chromosomes was initially circulating in the modern human gene pool, but were then lost by chance over the millennia. One other possibility is that female humans never mated with Neanderthal males. Another possibility is that they included genes that were incompatible with other genes found in modern humans. Indeed, the researchers found evidence to support this idea… Three are “minor histocompatibility antigens,” or H-Y genes, which resemble ones that transplant surgeons check to make sure that organ donors and organ recipients have similar immune profiles. 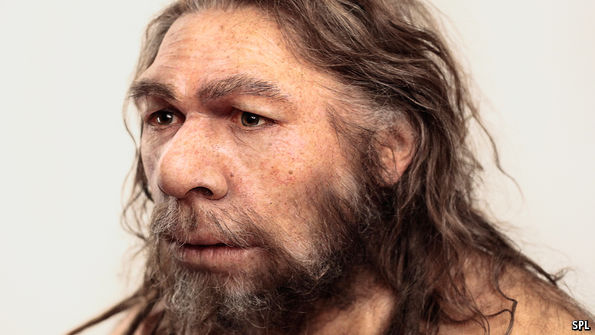