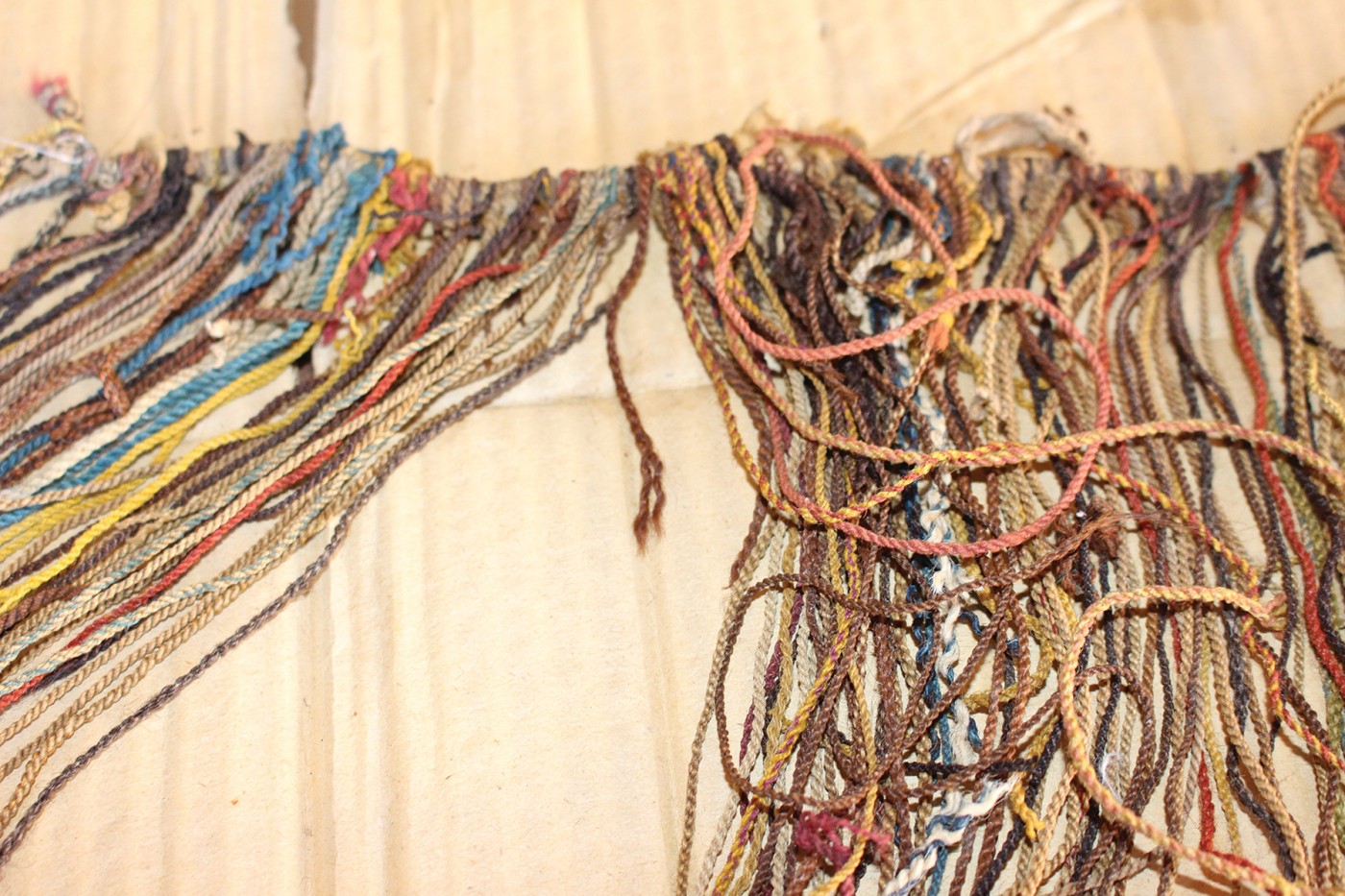 Last week in Current Anthropology, University of St. Andrews anthropologist Sabine Hyland, published, “Writing with Twisted Cords: The Inscriptive Capacity of Andean Khipus,” which is her study of khipus. Khipus are twisted, tied cords left behind by Andean peoples. The best known understanding thru the archaeological record are the use of khipus in the Inca Empire. The Inca were a population of 18 million people that spanned over 3,000 miles of South America from the early 1400’s until the Spanish conquest in 1532. The Inca have left behind a lot of khipus. Most of the 900-some surviving Inca khipus are curated in museums and other collections, but the Inca weren’t weren’t the only to use them.

There’s been a long standing debate on what the khipus stood for.  During the Spanish colonization of the Americas, no one really bothered to transcribe or translate them. Where they like rosary beads, or rather trinkets? Some think they are an accounting system. Most 20th century scholars believed that khipus were strictly memory aids that used knots to record numerical data: censuses, tributes, inventories. Others contested they are a complicated 3-D writing system based upon historical Spaniard comments that the Inca sent them to one another as narratives on warfare and the conquistadors. If they are in fact a form of writing, we didn’t know how to decipher the code, until now…

In some remote mountain villages, khipus were made and used into the 20th century. Such is the case with the Collata khipus, which Hyland studied. In 2015, village authorities invited Hyland as the first outsider to study them. Hyland analyzed colors, fibers and twists of each string and direction of the two khipus she was given. Each comprised 487 pendants cords, dyed 14 colors and made from six animal fibers, including alpaca, llama and vizcacha—a rabbit-looking rodent.

She ultimately identified 95 unique signs, which is enough to constitute a writing system. She observed, in general the strings usually consist of a top cord, to which pendants are attached. These pendants may have groupings of knots and subsidiary pendants. Complex khipus, made under the Imperial Inca, contained as many as 1,500 pendants branched over six levels of subsidiaries. Simpler ones comprised of a few strings and knots, were used by herders to count their animals. She lastly proposed that khipus’ final strings, there is a unique sequence that represent names — possibly a signature.

Recognizing this linguistic potential, Hyland began to decipher the code of the Collata khipus, using patterns developed for decryption of other ancient scripts. She integrated community interviews and colonial-era manuscripts stored with the two khipus. She concludes that the Collata khipus strings were letters between Collata and the nearby village of Casta about a rebellion against the Spanish in the late 1700s with the signature being the Alluka family of Collata. She ultimately lays the claim that the Collata strings demonstrated the potential for khipus to symbolize speech and record as much information as written texts but in the form of three-dimensional symbolism, distinct from another sort of writing language we know to date.

One thought on “Untangling The Ancient Khipu Code Of Strings”