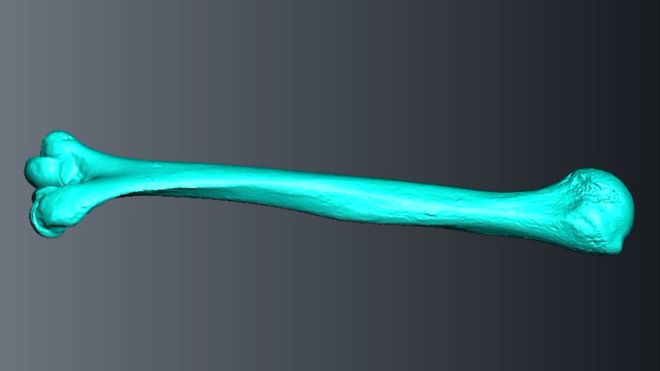 In this week’s journal Science Advances, University of Cambridge researchers compared the bones of women. Their sample included Central European women living in the first 5,000 years (or about 7,400-7,000 years ago) of agriculture those those of typical college students and college athletes including those that row in crew.  As you know bone is a living tissue, constantly being remodeled and reshaped to life’s demands. Allison Macintosh one of the authors compared the bones to living women: runners, soccer players, rowers, and those with more sedentary lifestyles.

They compared humeral rigidity. The rigidness of a bone represents the extent of muscular attachment. We know this people have studied the bones of men from the same time and region. Researchers have actually never compared ancient female bone remains to those of women living today until now. So, this study is the first of it’s kind.

But they didn’t just study the arms. The average Neolithic woman’s leg strength was about the same as the collegiate rower cohort. When compared to Bronze Age women, who lived from 4,300-4,500 years ago, the Neolithic women had arm bones about 10% stronger than rowers. Curiously, their leg bones were around 12% weaker! There was actually a wide range of tibial strength. Some elite distance runners resembled the legs of prehistoric women. Other’s legs looked more like those of sedentary college students, which suggests a wide variability in what women in those societies did.

The researchers think the repetitive motion required in grinding grains over a saddle quern led them to possess such powerful arms. This study likely has a large underestimation of the physical demands required of women during that time, because they didn’t just process grains. They also fetched water, tended cattle and converted hides and wools into clothing, again lending to the variability seen in legs.

What did the guys do? Did they just sit around? Possibly. Male skeletons aren’t a good sample to study because a male bone change more dramatically than a biological female, due to testosterone. So, there here isn’t a linear relationship between workload and bone remodeling. I particularly appreciate this study because it uses bodies to understand how women and their labor have shaped our cultural history.