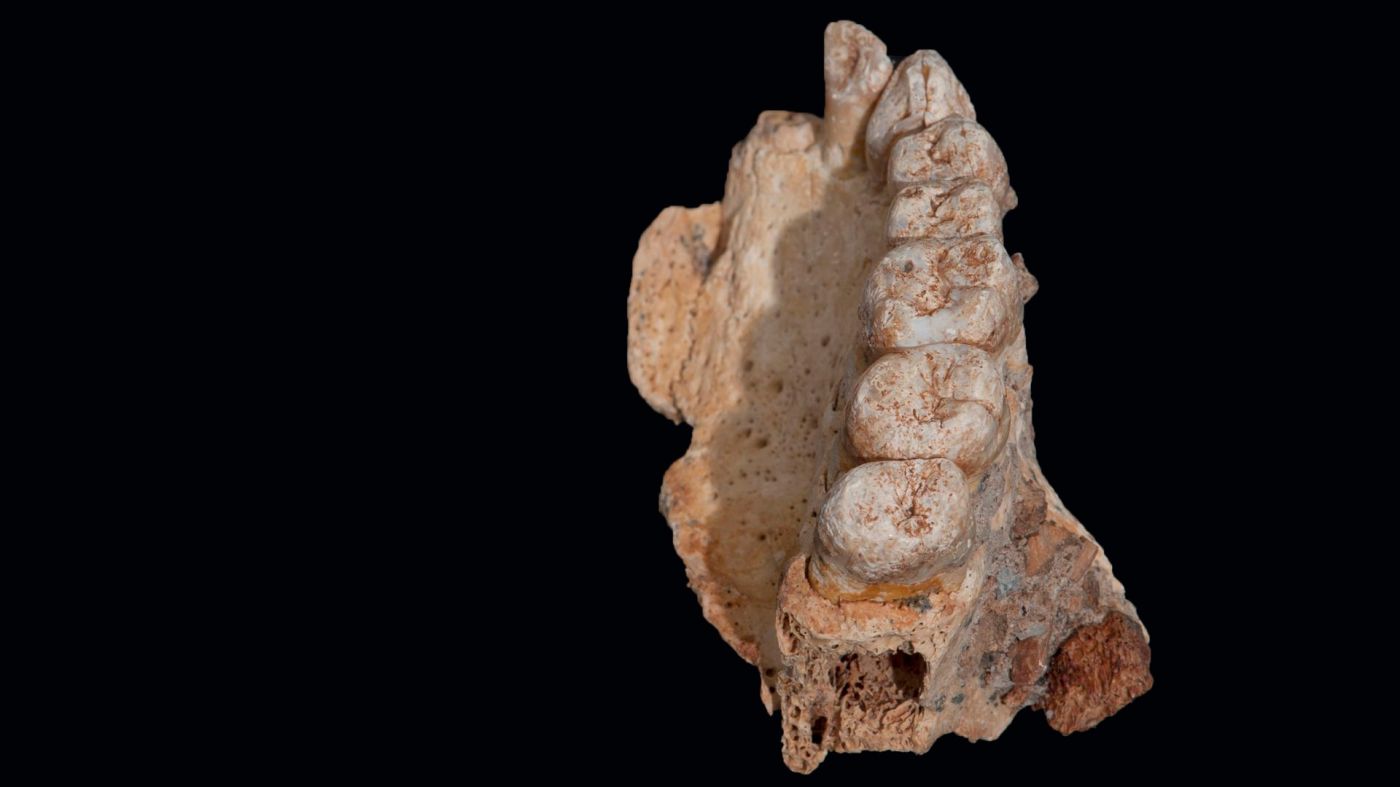 A paper published Science reports an interesting date of a human fossil from the Misliya Cave, a cave tucked in the western slopes of Mount Carmel in Israel. Using three different independent dating methods, Israel Hershkovitz of Tel Aviv University and his colleagues, dated this fossil upper jaw to between 177,000 and 194,000 years ago. Comparing the anatomy of the Misliya specimen to other hominins, this jaw bone is most likely H. sapiens. What makes this all curious is that this is the first time we’ve found a H. sapiens outside of Africa by more than 50,000 years.

Prior to the finding of this specimen, the general understanding was that our story of a species started in East Africa around 200,000 years. We largely flourished in East Africa until 60,000 years ago, aside from short trips in and around the Near East about 90,000 to 120,000 years ago. To have a H. sapiens in Israel that is at least 177,000 years old means we have to begin to understand that modern humans were leaving Africa much earlier.

Which is certainly possible because there have been some other recent findings that challenge the sedentary assumptions we had of our earlier species. For example, last year, Jean-Jacques Hublin of the Max Planck Institute for Evolutionary Anthropology, dated 300,000 year old H. sapiens fossils in Morocco, suggesting modern humans moved out of East Africa and northwest by 100,000 years earlier than we even thought they existed. Last year saw other studies suggesting humans were in moving out earlier too, like H. sapiens were in China by 120,000 years ago, in Indonesia by 73,000 years ago and Australia by 65,000 years ago, again all much earlier than previously understood.

The impact of this fossil has less to do with the fact that there was an early H. sapiens in Israel. Te distance between Israel and East Africa, even 200,000 years ago, was something someone could walk in a couple weeks or so. The true impact of this study, along with the others outlined above, as well as last December, is that our species is possibly a bit older than we previously calculated.

3 thoughts on “The Misliya Specimen Pushes Homo sapiens Out of Africa by more than 50,000 Years”