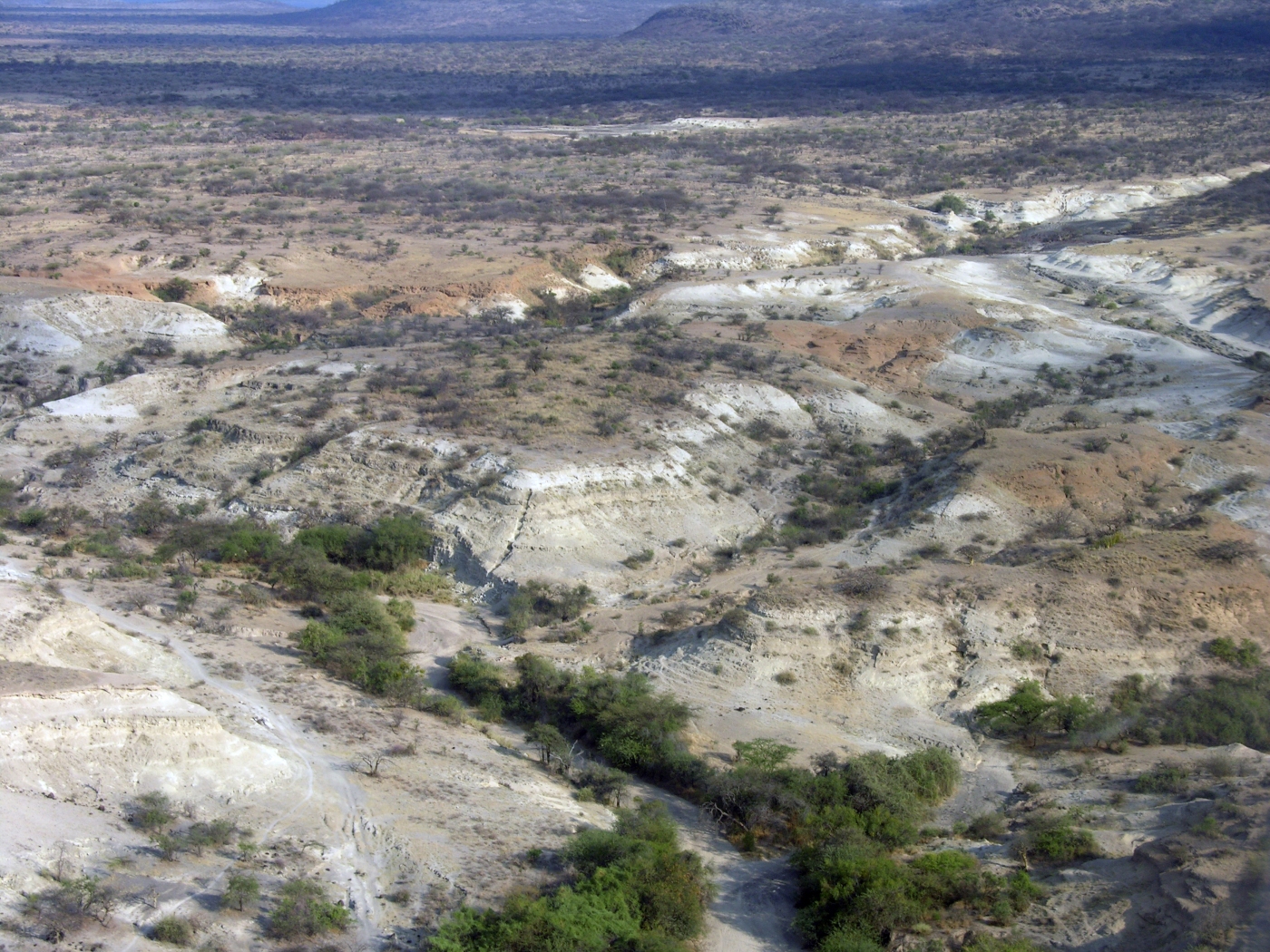 Based on the following three recently published Science studies, in order to survive the climate chances 320,000 ago, early humans in East Africa created complex tools, traded and maybe even developed symbolic language.

In east Africa during the Middle Stone Age, the Acheulean culture is represented by large, bulky, relatively simple stone handaxes and cleavers. They are replaced by the more advanced Levallois technique which is represented by small, sharp bladelets that requires careful planning to chip flakes from a prepared core chunk of stone. This revolution occured in Kenya’s Olorgesailie Basin by 300,000 years ago. Alan Deino of the helped pin this date by analyzing the ratio of argon isotopes above and below a site.

With the date of a stone tool culture revolution in store, Alison Brooks focused on obsidian from a site called BOK-2, which is 305,000 and 302,000 years old. BOK-2 has obsidian. Curiously, there are no obsidian deposits nearby. The closet are 25 and 50 km away. Ans about 1/4 the the obsidian came from farther locations based on  X-ray fluorescence. Looking at each strata, of BOK-2, they noticed the diversity of material became predominantly obsidian, as if these people were selecting for these tools, which in turn represents very advanced planning and trading. There are other evidence of trading from BOK-2, some of the material found at BOK-2 site, like two lumps of an iron mineral streaked with red, came from a western site called GOK-1.

The last of these three studies, led by Rick Potts, looks at what were the forces that drove the early humans of Olorgesailie Basin to shift from Acheulean to Levallois and also suddenly do more complicated things, like trade iron and obsidian. He and his team looked fossilized phytoliths in the soil.  At around 320,000 to 295,000 years ago, the local climate of the Olorgesailie Basin become unpredictable; carbon isotope ratios in those tiny plant fossils swang back and forth from wet to arid without much warning, leading to a collapse in the ecosystem. Brooks, Deino, and Potts all argue that this shift in climate change selected early humans to do more complex things.