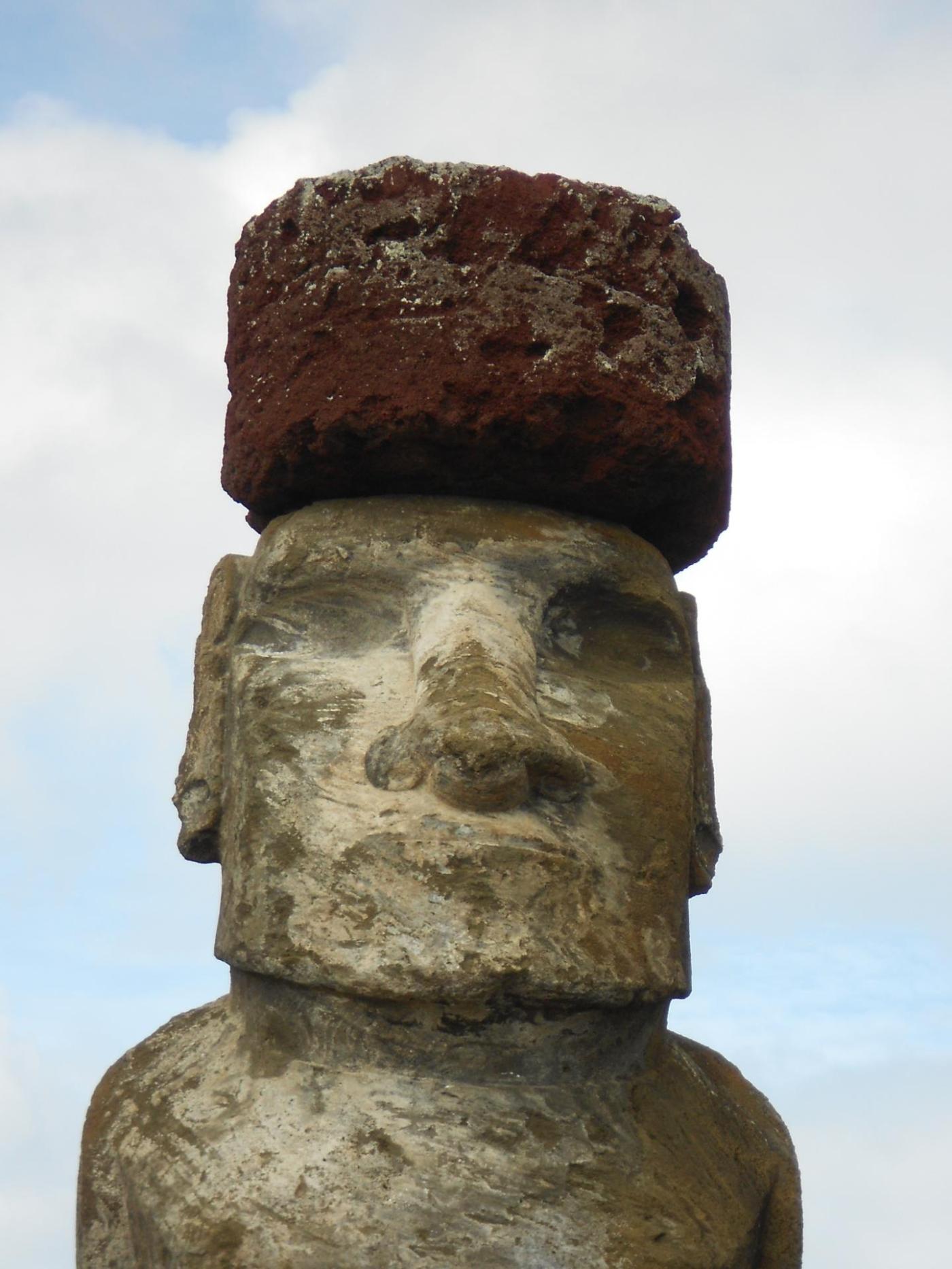 One of my interests in the peopling of the Americas are the Easter Island maoi statues made by the Rapanui people. I’ve posted before about how they were moved. As if the moai themselves weren’t impressive enough, a new paper in the Journal of Archaeological Science looks at how this preindustrial society put 13-ton hats or pukao on these statues. These hats are made of 6-7 foot round cindery red volcanic rock called scoria. It is a mystery how these rocks got up there.

While their shapes vary, some are cylindrical and some are conical, all the pukao have one thing in common. At the bottom of these hats, they all have an indention carved that matches the rounded top of the statues’ heads. I think of it as a lock and key as the Rapanui couldn’t have just slid the hats into place on the statues, because that would have damaged the rim. This feature the means the hats must have been levered and lowered down onto the head of the statue, possibly via stone-and-soil ramps that the Rapanui once used to roll giant stone hats to the tops of their iconic statues. Using 3D models, the archaeologists estimated a crew of 15 could have done this via a ramp thats 75 to 328 feet long on an incline of 5-20 degrees.

Don’t you think it is interesting how this was figured out?